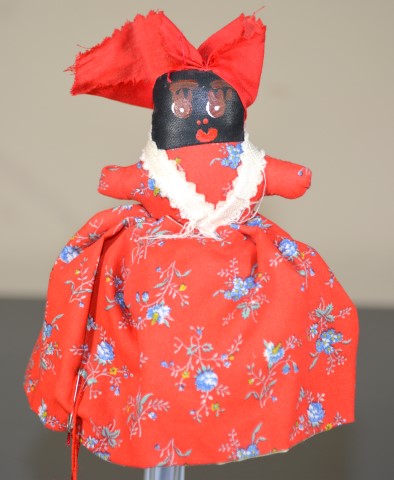 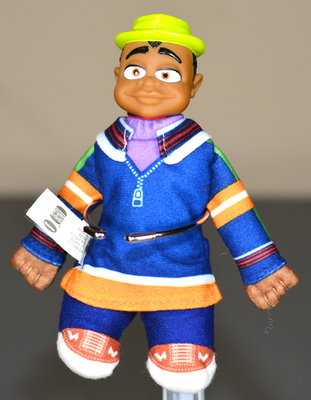 This doll came from an era of the need to accurately portray African-Americans and African-American children. This doll was sold by the Burger King Corporation with collaboration from the Nickelodeon Children Network Television programs. This doll represents one of the characters from a Nickelodeon television series. This doll is from an era where companies, artist, and people in general tried to represent African-Americans in an accurate reflection of a diverse set of people from a diverse background. This doll has a light brown skin with larger lips. The doll does not have a European image but it does not have an exaggerated image of an African –American either. This being extremely large red lips, big bulging eyes, and painted black skin.